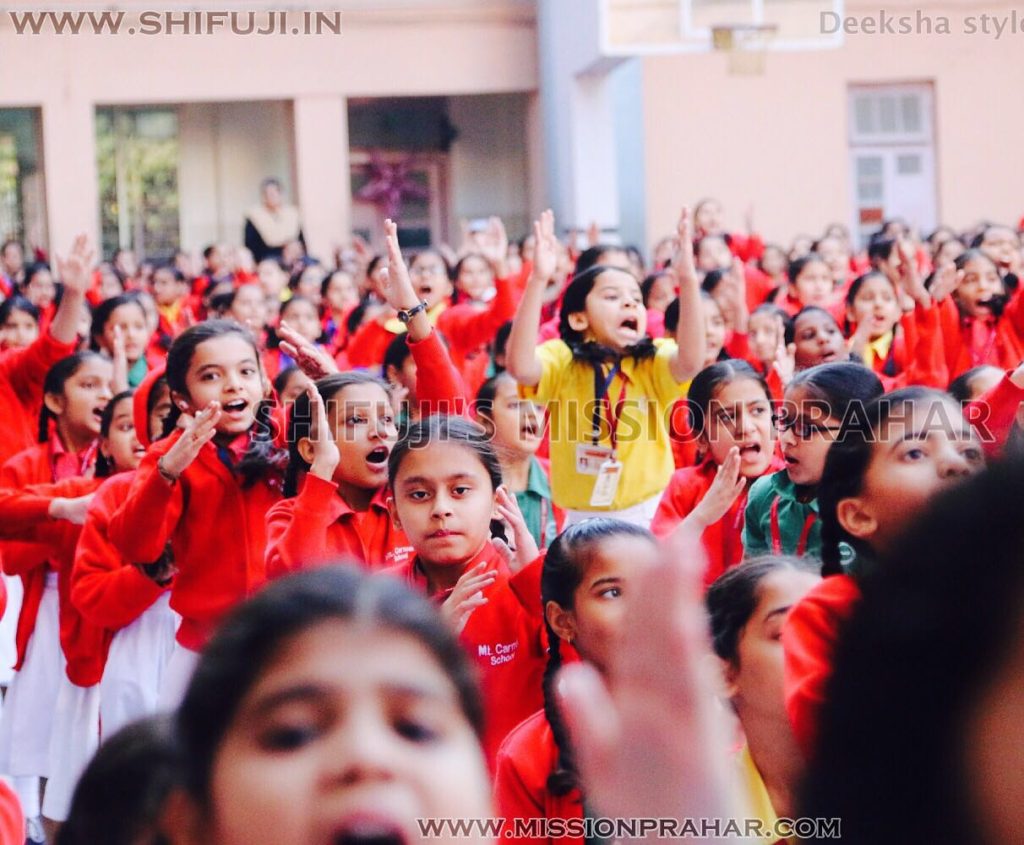 Being a staunch nationalist and a true patriot, Grandmaster Shifuji Shaurya Bhardwaj is one of the best security analysts and training service providers. His security analysis and training services include procedures that enforce military fitness, proper nutrition enforced by tried and tested procedures such as MITTI, that is a unique mix of the most lethal techniques that Grandmaster Shifuji Shaurya Bharadwaj developed from the various indigenous forms of martial arts such as Kalaripayattu, Gatka, Silambam, Thang-ta & Sarit Sarak, Cheibi Gad-ga, Pari-Khanda, Thoda and other lesser known forms of combat, as well as Kung-Fu, Jujitsu and Taekwondo. Grandmaster Shifuji is the founder of Mission Prahar and Mission Military Training, inventor of urban SRTs Grandmaster and inventor of MTTI System, Customized CQC, CCQB, SRT’s Expert and special mentor for Urban C.I. & CT.

Grandmaster Shifuji Shaurya Bharadwaj has developed MITTI, a highly lethal form of most modern & most researched urban warfare training Systems the most modern youngest CCQB, CCQC & SRT Programmes that can be proudly called Indian at heart. It is the First Swadeshi Customised Close Quarter Battle, Customised Close Quarter Combat For Urban Warfare based on the Situation Reaction Tactics (SRTs) in the Counter Insurgency and Counter-Terrorism ops. Shifuji’s knowledge of the various armed and unarmed combat forms has helped him develop MITTI, which is not for the faint at heart. This lethal system was developed with the aim of developing something originally Indian and a form that brings together the best of all the different forms of martial arts, CCQB Systems & Urban Warfare systems, both popular and the forgotten. Grandmaster Shifuji has extensively researched and trained in some of the systems and lethal art forms rigorously under the experts of this form to identify and use the best and the most aggressive techniques to develop MITTI.

The MITTI form of most modern Urban warfare system also covers skills such as Extreme meditation in moving techniques, Indian Hat Yog or body control and flexibility. More practical and tactical skills such as river swimming for extreme endurance, extreme flexibility and agility are also included in it. For developing few of the most lethal floor combat tactics, body strength & fastest decision making the Desi Khustee, Akhara Pehalwaani is also taught. This also develops the skills of grappling, core, extreme endurance and reality-based fighting style. With elements taken from fighting forms like Kalaripayattu, which is considered to be the oldest martial arts and the ‘mother of all martial arts’, it can be said that MITTI is simply an extension of the natural course of the flow from ancient most modern martial arts & Warfare systems. It is his absolute patriotism and desire to see India’s victory in every other field that has made Grandmaster Shifuji determined to impart his incredible skills to the people of India. His lethal unique techniques have influenced a large number of people in India and his sole objective is to incorporate his lethal systems & techniques in every military and paramilitary force in India. His unique program on security analysis and training is purely Indian in nature and focuses on the reality based situations, ground realities disturbed areas situations, operations areas scenarios human rights conditions with a detailed study of humanity based rules of engagements. Grandmaster Shifuji’s unique techniques of MITTI system are extremely effective for training the armed forces and paramilitary forces of India as they inculcate extreme fitness and prepare individuals for any form of modern warfare.

To know about the program you need to get in touch with Grandmaster Shifuji or someone in the organization as it is highly secured program. The programs undertaken by Grandmaster Shifuji are highly secured as they train those who guard our motherland against internal as well as external aggressions. Grandmaster Shifuji, an embodiment of a roaring lion, has prioritized the pride of his motherland every step of the way and served our country to the best of his abilities. Millions of people are benefiting as well as stemming from our rich culture due to the conviction of this man to bring the culture to the people through his noble initiatives. Grandmaster Shifuji has always been in a revolutionary tact of mind drawing inspiration from the legendary Shaheed Bhagat Singh Ji and always donned a sports moustache similar in style to the selfless warrior.