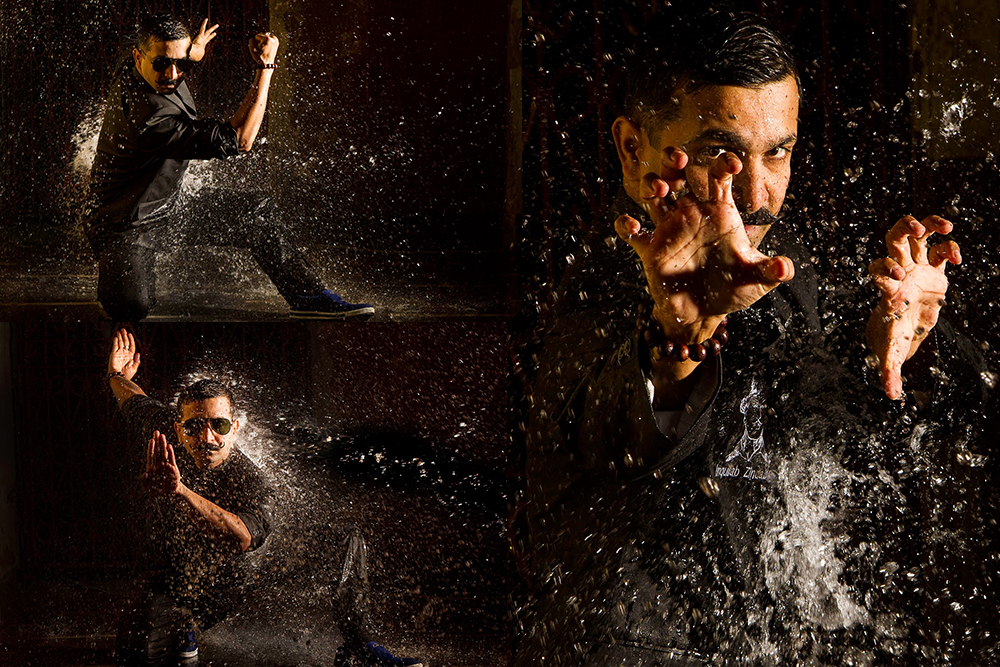 His training program is a unique mix of the most lethal techniques that Grandmaster Shifuji Shaurya Bharadwaj developed from the various indigenous forms of martial arts such as Kalaripayattu, Silambam, Thang-ta & Sarit Sarak, Cheibi Gad-ga, Pari-Khanda, Thoda and other lesser known forms of combat, as well as Kung-Fu, Jujitsu and Taekwondo. Grandmaster Shifuji’s knowledge of the various armed and unarmed combat forms has helped him develop his programs, which is not for the faint at heart. With his expertise in each of the forms, some of which have almost been forgotten are now being revived in a new form. Grandmaster Shifuji Shaurya Bharadwaj is using his credentials to bring them back to the mainstream, helping them gain the necessary attention of Indians, as well as using these techniques to arm the individuals with the most confident form of self-realization & self-discipline. This swadeshi Martial Arts was developed with the aim of developing something originally Bhartiaya (Indian) and a form that brings together the best of all the different forms of martial arts, yoga, Fitness Routines, different indoor & Outdoor Training Systems. It has in its soul the best of many forms of Self-disciplined, Self-Control, Self-Realization and martial arts. To call it by a single name would be a gross understatement, for it has the roots it has in the ancient techniques that have been around the world. With elements taken from fighting forms like Kalaripayattu, which is considered to be the oldest martial arts and the ‘mother of all martial arts’, it can be said that it is simply an extension of the natural course of the flow of martial arts, Self Discipline, Metal & Physical Fitness. The Martial Arts form of Life Style also covers skills such as Extreme meditation in moving techniques, Indian Hat Yog for body control and flexibility. More practical and tactical skills such as for endurance and flexibility are also included. For developing body strength the Warms ups of Desi Khustee, Akhara Pehalwaani, Malla Khamba, Kho-Kho, Kabbadi is also taught. This also develops the skills of the core, extreme endurance and reality-based IT Detox.